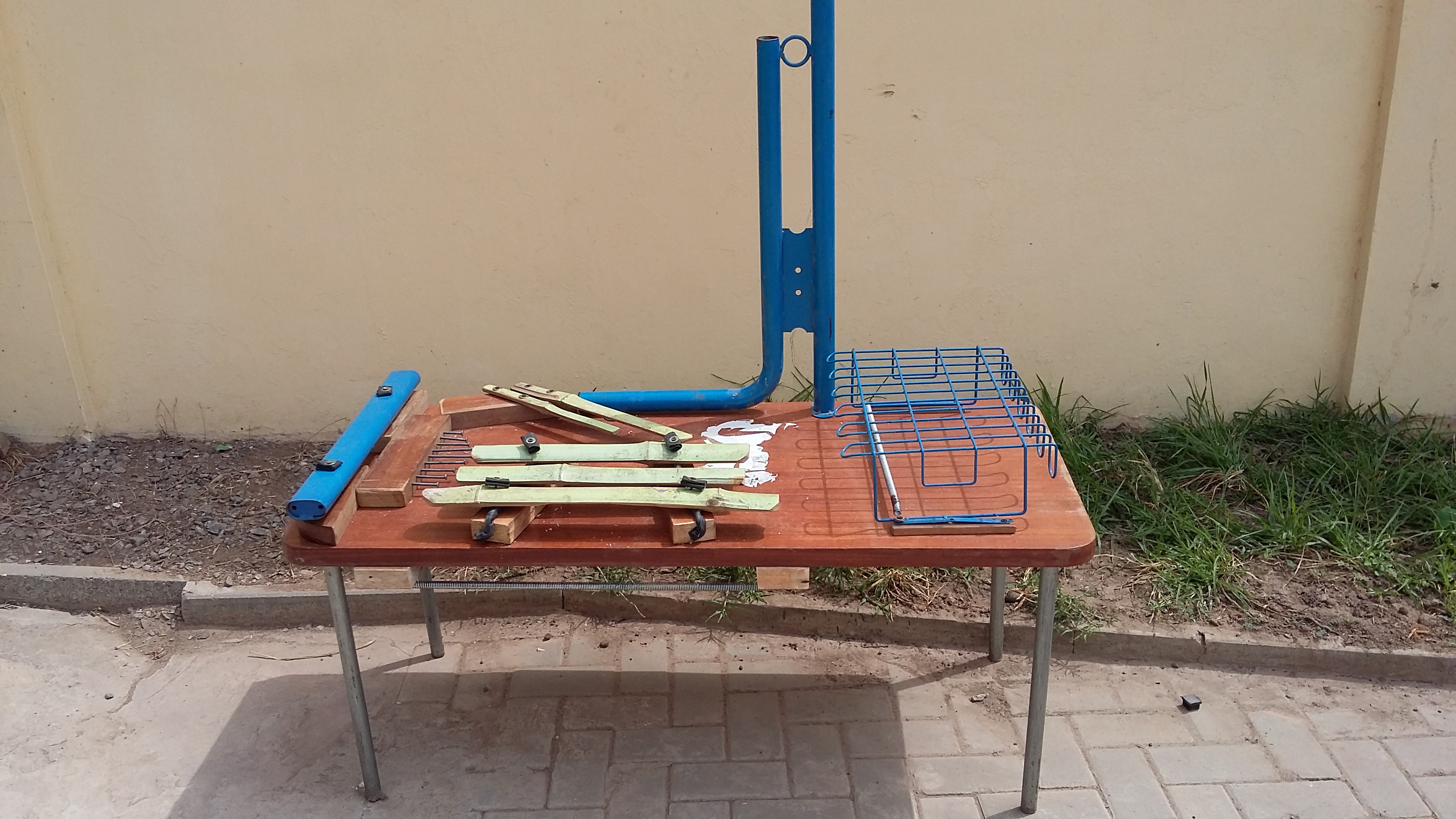 Does your school have a pile of broken classroom furniture or sports equipment waiting to go to the dump?

Invite the innovative musical instrument maker Will Embliss to your school and let him sort through all the unwanted and broken school furniture. He will pick out the items and materials that he can make musical instruments from and work with your pupils in small groups, teaching them how to use tools to transform mundane items into wonderful musical instruments. These can then become classroom or playground resources.

At Fleet School Spring 2017,  students made instruments from rejected / unwanted items with my advice and direction. Leading up to the event the school and parents saved and brought in items. Old school chairs became gongs and chime bars, the wooden slats from an old bed base became a xylophone, the metal frame from the bed-base became a gamelan, waste bins became resonators and stands for instruments, tin cans became agogos with studding added. Document cases became tube drums. A stair-gate became a resonator and stand for holding gongs. Beaters were made with dowelling from baby’s cots with inner tube wrapped around. The xylophone is tuned A= 440. The gamelan and chime bars are not so accurate but still have pleasing pitch differences.

This project shows that, with time and creativity, one can add value to redundant school equipment and items parents no longer want. After several days at the school children were saying that they had seen a discarded item on the way to school and had fantastic suggestions for how it could be transformed, thus changing their mindset about waste.

Have a look at recent projects in which Will was the resident musician in schools at Multikids Inclusive Academy in Accra and at Druk White Lotus School in Ladakh.

Very reasonable prices start from £750 for 5 days. 3 and 4 day projects are also possible.

The Musical Scrapheap Challenge is aimed at KS2 -Y4 upwards. Will has considerable experience of working with pupils of all abilities.

Amanda Budge – Head of Multikids Academy Accra     “Will did some amazing work with our kids. I really liked the way that he took our learners, many of whom have learning challenges, through the process of making a xylophone step by step. This included finding the wood around the place. I was fascinated by the way the kids focused one on one with Will to achieve two beautiful instruments. Both were pitched – one diatonic and one pentatonic. Tribute to the success of this artists’ residency was heard in the beautiful pieces performed by Will and the students. I recommend this residency for any school interested in recycling,remaking, music innovation, creativity and developing skills “.